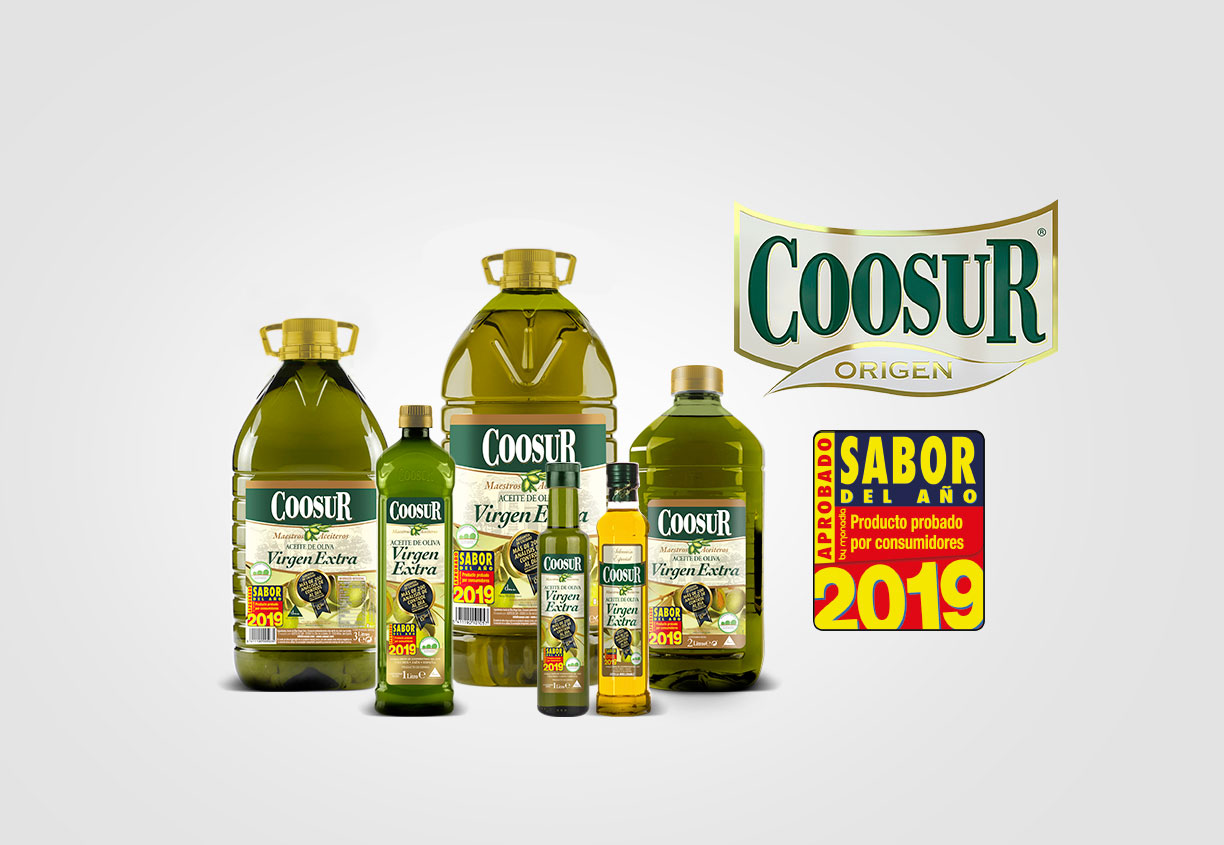 The COOSUR Extra Virgin Olive Oil, leader in sales of this sector, has been distinguished by Spanish consumers as "Taste of the Year 2019" based on its taste qualities.

In the blind tasting conducted by approximately 100 consumers, used to ingesting extra virgin olive oil in their daily diet, its flavor, aroma, texture and aspect were assessed, achieving an average score of 8 out of 10.

The tests of the products were carried out in a center specialized in the analysis of consumer behavior and consuming preferences, applying sensory analysis, thus guaranteeing their impartiality.

This award has been existing for more than ten years in Spain, and about 20 in Europe, and is only an additional proof of the quality of Coosur Extra Virgin Oils, being tested and approved "FLAVOR OF THE YEAR 2019" by the most demanding jury: consumers.

With this, Coosur joins other well-established brands in supermarkets, such as Nestlé, Gallina Blanca or Calidad Pascual, which were awarded this recognition in previous editions.